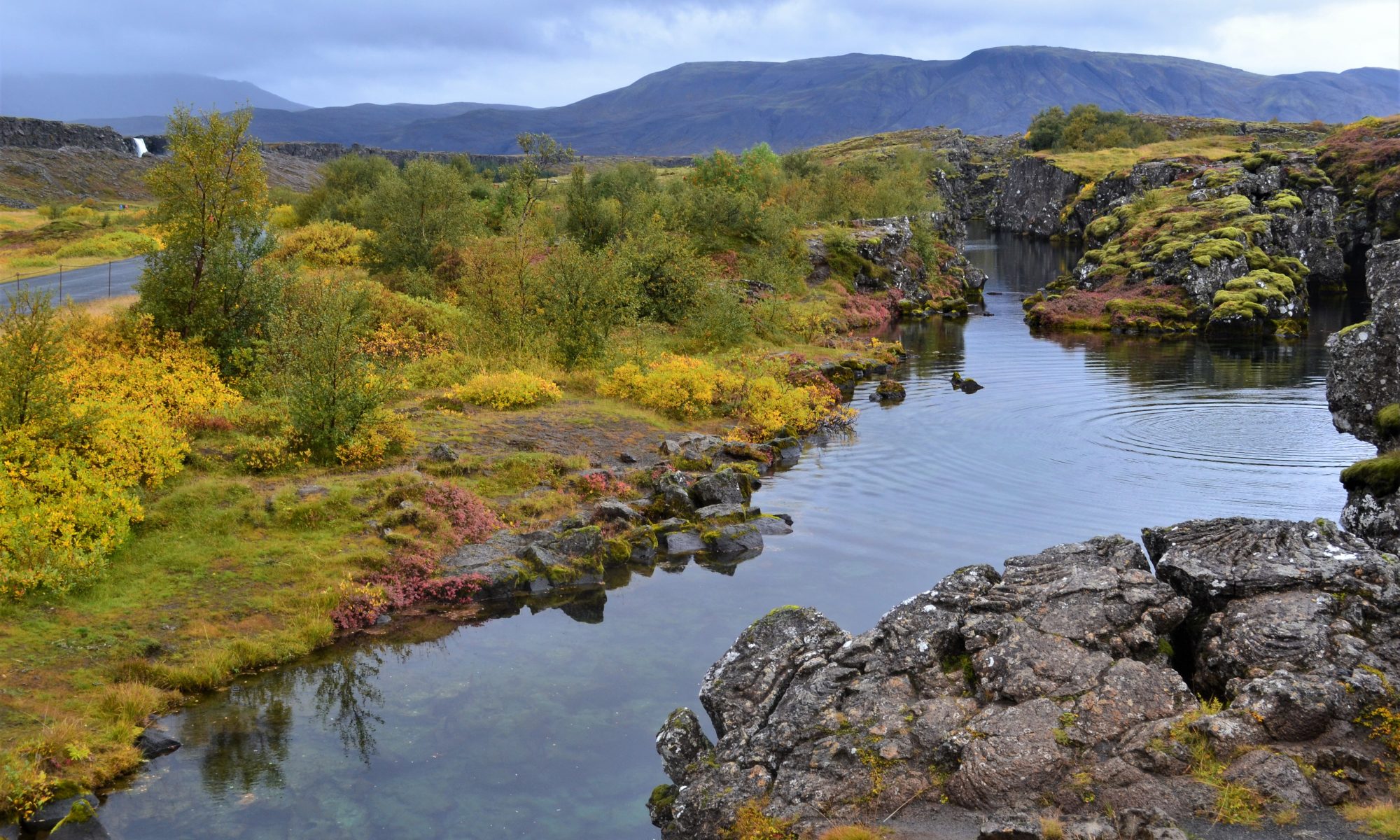 This is (as the title so subtly suggested) part two of a multi-part post about our trip to the singular country of Iceland. If you’ve missed part 1, you can find it here.

We woke the next morning to a stunning view across the city of Reykjavik. Its low-rise, colourfully roofed buildings were bathed in golden sunshine and framed by the Esja mountain to the North, it looked the quintessential Scandinavian city. Patches of grey cloud moved quickly across the sky, each propped up by a partial rainbow as the sunlight was scattered by the droplets of rain that fell beneath them.

After a long and busy day of travelling the previous day, it quickly became apparent that we stank like someone had stuffed a joggers sock with camembert and dipped it in boiled piss. As a rule, it is best not to introduce yourself to new people by causing them to suffer the same symptoms that they might if they’d been hit with tear gas and so, before getting breakfast, we resolved to take a shower. This would not normally be an notable activity but there is something about taking a  shower in Iceland that reminds you that you couldn’t possibly be anywhere else.

As soon as the hot water starts to sputter from the shower head, you are hit with a mild sulphurous smell akin to rotten eggs. After a few moments of confusion and assumptions that the person who preceded you in the bathroom had not turned on the extractor fan while carrying out their morning ablutions, you realise that it is in fact, coming from the water. This is due to the fact that Iceland does not need to heat its water in the conventional way. Blessed as it is with easy access to the heating power of the ocean of bubbling magma that is forcing its way up between the American and Eurasian plates, Iceland has taken the novel route of pumping its water down into the super-heated rock before pulling it back up and pushing the resultant steam into peoples homes. The aroma that accompanies the water are gases, given off by the molten rock and trapped within the earth for millions of years, that have been freed from their subterranean cocoon and returned to the atmosphere, all because you decided to wash your hands. There is something about this whole process that causes you to feel very close to the earth and the complex processes that carry on, unseen, beneath your feet.

Once clean and prepared to face the day, we made our way down to a near empty breakfast room. As usual, Cath ate a moderate meal of healthy cereals and juice while I embarked on my holiday tradition of gorging myself on every element of available food from all corners of the buffet area.
One of the courses, (somewhere in the middle between the pastry and granola courses) led to my discovery of the Icelandic speciality, Skyr. Skyr is a dairy product, very like Greek yoghurt but with a slightly thicker consistency and milder flavour. It is also, from my experience at least, more addictive than any substance known to science.
It has formed part of the Icelandic diet for many hundreds of years, even being mentioned in a couple of the folk tales that chart the course of the country and its inhabitants during the early days of settlement.

In one such story, named Egil’s saga, Egil kills one of the kings stewards after becoming offended at having been denied ale and instead offered skyr. This, if you ask me, was somewhat of an over-reaction. I enjoyed it immensely and certainly felt almost no inclination to kill, having eaten it.
It’s probably worth stating at this point that Egil committed his first murder at the age of seven, hacking an older boy to death with an axe because he had beaten him at rounders. He was not exactly known for his relaxed and forgiving nature.
Murderous inklings dodged and bellies full, we packed up our gear and set out for a day of exploring some of the natural attractions that litter the area surrounding Reykjavik.
First up, we headed out of the city and along winding roads through a landscape of jagged lava fields to the Þingvellir National Park about 40km to the northeast.

By the time we pulled into the large car park next to the parks modern visitor centre, it was pouring with rain so we hastily donned our waterproofs before heading out. Sprinting to the visitor centre, we picked up a map and then walked up the short path towards a lookout point overlooking the park.
Þingvellir is one of the most important areas in Iceland, not just for its natural beauty and geological significance but it was also home to the Icelandic parliament between 950 and 1730 AD.  It’s not hard to see why they chose this site, from the top of the ridge line you feel as though you are looking out over the whole of Iceland.

After admiring the view, we strolled down a path which passed between two large faces of a vast crevice that runs for miles through the park. Standing here you are literally between continents – To your left the North American plate slowly eeks away at 1 cm per year towards the west and to the right, the Eurasian plate crawls at a similar pace to the east. This is the Mid-Atlantic Ridge and as you walk down between these two, unimaginably huge chunks of rock you really do feel as though you are precariously placed in a crack in the Earths surface. You can almost hear the creaks as the gap slowly widens around you.
If you really want to get up close and personal with the ridge, the park gives you the opportunity to scuba dive in a submerged section of the crevice allowing you to experience this amazing location in an entirely different way.

The rest of the park is made up of a huge number of interconnecting paths that run in between the many small lakes and rivers that meander their way across the area. There are several impressive waterfalls close by and following the most well-trodden of these paths will lead you to excellent views of them all.

After a good few hours of being relentlessly drenched by the incessant rain, we had seen all there was to see and returned to the welcome shelter of the car, ready to set off to our next destination – Geysir.

Geysir or Grand Geyser, was the first geyser ever discovered by western Europeans and is one of the few places in Iceland where you really feel the presence of the large number of tourists who come to see this impressive natural phenomenon. Periodically, the geyser fires a spout of boiling water and steam up to 70m into the air causing a chorus of “oohs” and shutter clicks from the circle of assembled visitors.

Geysir is located in an area of multiple hot springs and as you drive on the small country roads that lead you there, these are the first clues that you’re getting close. Steam seems to emanate from everywhere and you soon realise that the stream of hot water that runs alongside the road is the source.
Once you’ve parked up in the busy car park and cross the road to the main attraction, you are struck by the site of water bubbling up from the ground all around you.

Arriving at the Grand Geyser itself, you shuffle into the gallery of impatient people all craning their necks to get the best view, holding cameras aloft to ensure they capture the moment of expulsion. It seems to be an eternity but in reality it is little more than 2 minutes between eruptions. (At least when we visited. It has in the past, been dormant for years before suddenly bursting into life, no doubt to the surprise of the tour guide standing confidently over it when it returned to active service.)
I can tell you now that there are few things more satisfying than watching a moaning child walk sulkily up to, and staring impatiently at, the gaping hole in the ground before turning away in distain a quarter of a second before it explodes into life. Perfection.

After a climb up a nearby hill to get a different perspective on the unique geology of the area, we headed back to the car and on to our final destination of the day – Gullfoss.

As you make the drive to the car park that sits atop the hill alongside the river that leads away from the falls, there are no clues to the spectacular nature of what you are about to see.
We walked down a gravel park to the first lookout area and were instantly awestruck. Gullfoss is, without doubt, the most beautiful and impressive waterfall that either of us had ever seen. Niagara may be large, Victoria may be tall but Gullfoss has it all and cuts its way through the surrounding hills with a majesty and power that is unmatched by either.
One of the many great things about the place is the excellent access that is afforded to tourists. We were able to walk around the top of the falls and then, having descended a steep set of stairs, to get in and among its multiple tiers to get close enough to feel the immense rumble of the water as it thunders down around you.

We spent a good amount of time examining the falls from every angle and took an indecent number of pictures before setting off back to Reykjavik for a well earned evening of rest.
And so, another action packed day came to an end, leaving us exhausted but looking forward to another day of even more amazing sights that will be covered in part 3.

If you are enjoying the posts or have any opinion on them at all, please feel free to comment below or even go take a look at our Facebook and Instagram pages. It would be great to hear from you.