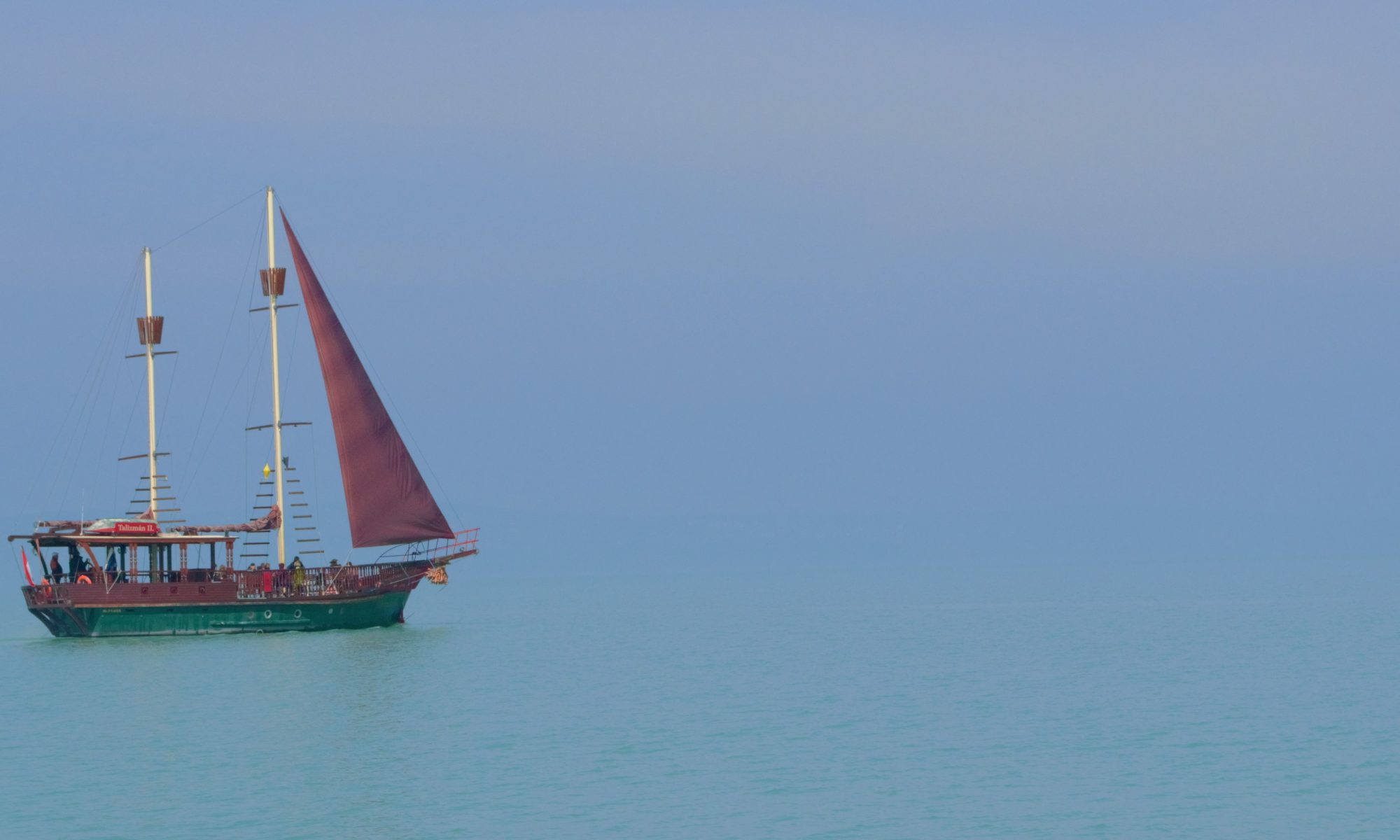 If you missed the details of our painful journey to get to Siófok, you can read all about it here.

If you’ve been following along up to this point, you’ll know that by now we had travelled all day, been on the same bus several times and were now ravenously hungry. We needed to get straight on to the task of tracking down some food.Unfortunately our options were severely limited, so we decided to set out on the short walk to the nearby village of Sóstó. Google maps suggested that it was only home to a couple of restaurants and a small shop, but that would have to do, as it was Sunday and the evening was fast approaching. Sadly for us, as we should have guessed from the bus experience, it would not be that simple.

Towns based on tourism do, as we all know, become quiet during the off season. What we did not know however, was that their Hungarian counterparts close down completely, pull down the shutters and go home.
Our arrival into Sóstó was like a scene from the Walking Dead. It was a town with not one single person in it. Windows were boarded shut, bits of buildings had fallen in and the only sound came from the rumbling of our stomachs.
We walked back to the guesthouse demoralised, nibbled on the remaining fruit from our backpacks and went to sleep that night wondering what exactly we had let ourselves in for.

Over the next couple of days though, we got our head around the bus timetable and discovered the absolute highlight of our time here, the beautiful Lake Balaton.
Lake Balaton is the largest freshwater lake in central Europe and it is stunning to look at from any angle. Once we had our bearings and had made our way to it’s shores, we made sure to spend as much time as we could, taking in it’s crystal, blue waters. We couldn’t have asked for better weather either, there wasn’t a day we were there that it wasn’t perfectly sunny and swelteringly hot.

Whilst making our way round the lake we even discovered some other evidence of civilisation. Having taken a tour round the harbour, we stumbled across a food festival where sweaty, moustachioed men grilled huge slabs of ribs and small vans sold unbelievably cheap beer. They even had a stage, on which was placed a single speaker playing Hungarian rap music which got better and better with each beer that we drank.

One thing we noticed about Hungarians while we were there was that, no matter how hot it was, no matter the searing intensity with which the sun beat down upon them, they would never ever part company with their leather jackets. Honestly, it was 25 degrees in the middle of the day and we were wilting in shorts and a t-shirt, but the natives were wrapped up as though they were expecting a sudden onset ice age. I can only assume that all the paprika messes with their metabolism because as we gasped for air, sunburnt to the point of immolation, they guys were searching around in their bags for another layer of pigskin to squeeze themselves into.

Undeterred by being the only ones to be appropriately dressed, we continued our exploration of Lake Balaton by going to one of the many “beaches” that were dotted around the town. You will have noticed the quotation marks.
The “beaches” here are not as you or I would recognise. They are strips of jagged rock, specifically designed to prevent access to the water. These are punctuated every 200 metres or so with a set of metal stairs which, during the summer, are set up over the stony barrier to allow access to the water. In the off-season however, these steel steps are chained up, ensuring that no one can even contemplate setting foot into the inviting blue waves.
We were very disappointed with this until we managed to track down a tiny ramp down to the lake, the end of which provided a perfect paddling opportunity. Having dipped our feet in for just a few seconds, we both ran screaming from the water as the extreme cold caused a localised hypothermia so severe that Cath’s toes turned an even darker shade of blue than they usually are. Swimming would not be an option for a good few months yet.

On our last night, we made our way down to the shore at sunset to get our last view of this side of Lake Balaton. We were to leave the next day for Heviz, a town on the north-west of the lake, in the vineyard laden hills about 80km away.
That night we got our most memorable view of the waters that had captivated us for the last 4 days.

The next day we departed on the train for Heviz but there was still time for Siófok to provide us with one final, bizarre experience to remind us of the place.
As we were passing time while waiting for our train to arrive, we popped into the local coffee shop to grab some lunch and a drink. As is wise in these situations, we thought it would be a good idea to use the facilities before we started our journey. Cath went first and her face upon her return told me that something weird had occurred. Sure enough, she presented me with the following picture, taken inside the women’s toilets of the café.

I just…there are no words. Who are these instructions for? What does the Venn diagram for ‘People who can read’ versus ‘People who cannot do this’ look like?
“With provided tissue”!? What else were they going to use!? Their sock? Were they going to waddle out of the cubicle with their knickers around their ankles and stick their vagina under the hand dryer?
This was our final farewell to Siófok and the southern bank of Lake Balaton, and I really can’t imagine a better send off.