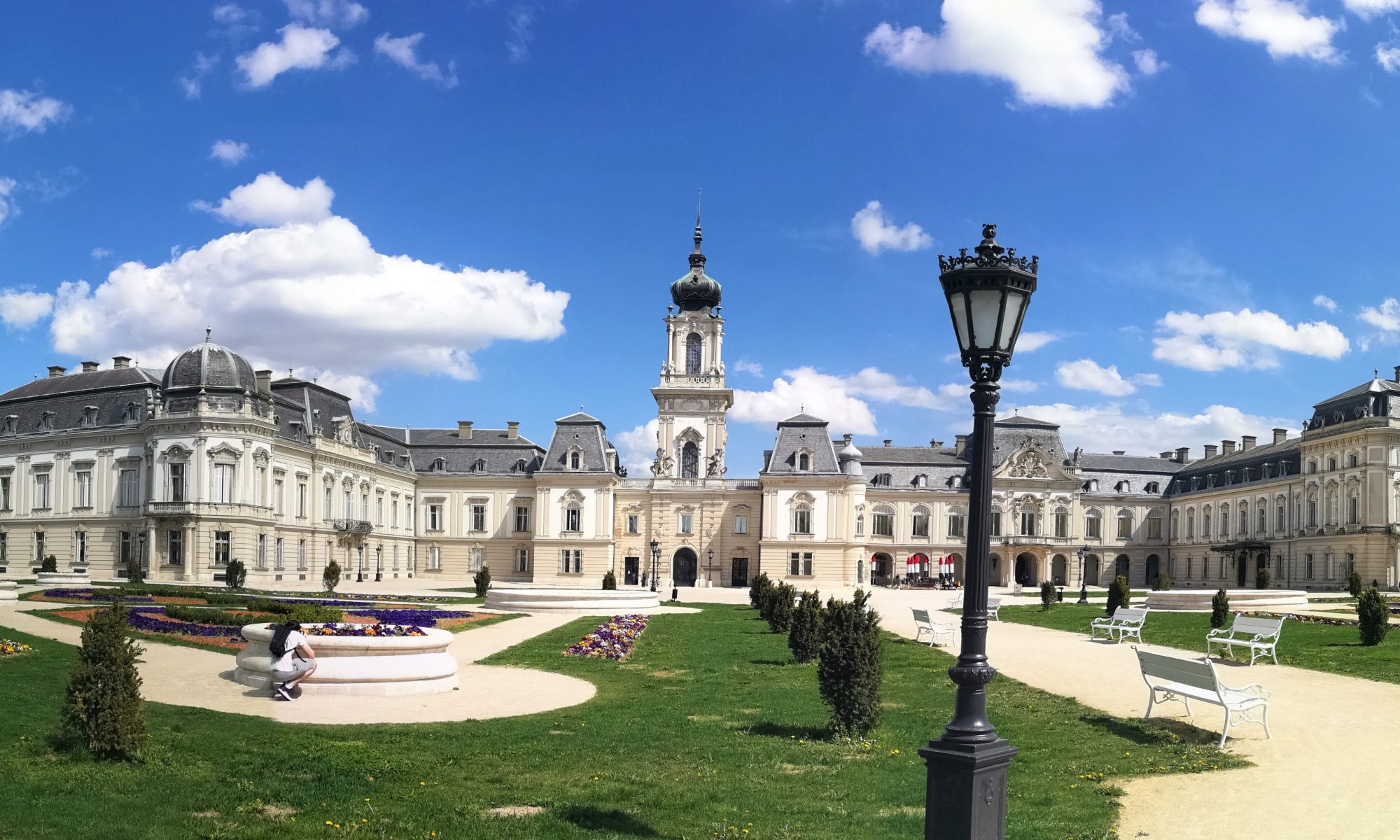 If you missed out on our last post and want to properly understand the start of the next sentence, you can get up to date here.

Labia dried, we set off on the train for the small town of Keszthely before a short bus ride into the centre of our next destination, Hévíz.
Hévíz is a spa town which centres around it’s geothermal lake, in which groundwater that has been heated by the earths mantle, bubbles up to form a large pool of warm and mineral-rich water.

This water is purported to have healing properties for rheumatic diseases and other degenerative conditions caused by aging. The result of this is that the entire town is permanently populated by a large number of tourists whose average age is above 70, all of whom make daily trips to the water to ease their aching joints and reinvigorate their creaking limbs.
If you think you’ve heard this somewhere before, you’re right – The town of Hévíz is essentially a live-action re-enactment of the film Cocoon.
Every morning this great herd of shambling geriatrics limps slowly into the thermal spring. They then emerge a few hours later, cartwheeling down the street and spontaneously launching into semi-organised flash mobs of whipping and nae nae-ing. It really is a sight to behold.

If you’re writing the place off on the basis of this description though, you’d be making a big mistake.
Firstly, we received the warmest welcome in all of our time in Hungary at our accommodation here, the Mandach Apartments. Tibor and Elizabeth who run the place, instantly made us feel at home. They gave us free use of their bikes, hints and tips on the local area as well as a list of events that would be taking place during our stay. It also didn’t hurt that, after the questionable quality of the first two places that we stayed, the apartments here were first rate.

After an initial night of planning the rest of our time here, we decided that the next day we would take in the thermal baths.
After a quick bit of exploration on the bikes, we set off for an afternoon of wallowing in the balmy waters of Hévíz lake. The complex that’s built around and on the lake houses pools of different temperatures, saunas, treatment rooms, as well as access to the lake itself. You can easily spend a few hours there and that’s exactly what we did.

Having tried all the different pools and cooked ourselves in the steam rooms, we spied a very interesting sign – ‘This way to the Mudbath’.
Needless to say, we couldn’t wait to have a dip. The first couple of steps was like getting into any other pool, but then your foot hit the layer of sludge below and it was clear that this was something very different. The thick goop worked it’s way between your toes and into your swimsuit until every part of you was completely covered in the stuff. Adamant that it must be doing us some good, we squelched about for 15 minutes or so before getting out and taking a shower.

Showering, however was not quite enough to dislodge the bucket load of mud that had accumulated about our persons. Cath discovered this minutes later as she ventured to go to the bathroom.
Upon settling down in the toilet cubicle, the attempted removal of her swimsuit resulted in an accidental ‘pinging’ of the elasticated portion, propelling a huge amount of brown, sticky mud in all directions. It was on the door, on the ceiling, the floor, in short – it was everywhere. I think it’s safe to presume that the next person who entered that cubicle would not make the assumption that this substance, which now coated every surface, was mud.
Realising this, Cath spent the next 5 minutes frantically cleaning the entire place in a futile attempt to remove the sludge and save her blushes.
We left soon after.

The following two days were spent mainly in Keszthely, the nearby town which had the sizeable benefit of being positioned on the lake. Being only 4 miles away, the bikes that we’d been able to use meant that we could also get a bit of exercise as we made our way to and from the town centre.

After locking up our bikes, we took a walk around town and picked up an ice-cream to enjoy in the sun.

We then headed for the most famous attraction in the town, the Festetic’s Palace. This giant structure is also home to a museum, but the views from outside were more than interesting enough to keep us entertained for an hour.

All of this couldn’t keep us away from the lake for too long however and we spent most of our last full day here, walking along it’s shores in the glorious sunshine.

It was our final evening though that will really stick in the memory.
In the list of events given to us by our host on the first day, one thing stood out more than anything else – Egregy Flavius Family Fun Weekend.
This was an annual two day event in the small village of Egregy, just down the road from Hévíz, which celebrated it’s Roman heritage.

Earlier in the day there had been mock battles and costume competitions but we were interested to see what the latter portion entailed, arriving just in time for those who had been there all day to hit peak drunkenness.
We took our bikes the short distance to Egregy and dismounted just outside the patch of grass that housed the event. It was a small affair but busy with locals enjoying the last rays of the day’s relentless sun.

There was a semi-circle of food stalls and bars surrounding a stage on which the local band “Bon Bon” were warming up, getting ready to wow the hundred or so attendees with their covers of Hungarian soft-rock anthems.
Starving from the day’s exertions, we needed food and opted for the Hungarian speciality of Langos, a deep fried circle of dough covered with all the cheese, meat and sauce that will fit. We ordered one each, not realising that each one was the size of a picnic table. They were bloody delicious!

After stuffing ourselves full of this, less than healthy dinner, we were ready for the show to begin.  The band started to play and were reasonably good but the only thing attracting our attention were the two 70 year olds, dancing the night away at the front. They seemed to know every word and danced with more vigour than you see from most teenagers, turning frequently to the foot-tapping throng behind them to drag them up to the dance floor. The stage was surrounded by a steel security fence which I’m sure was only there to keep these two at bay.

The band were soon done (encore and all) but were followed by a DJ playing 90’s hits long into the night. Assuming that the band’s elderly cheerleaders were the lead singers parents, we thought they’d disappear at this point but there they were, still in the middle of it all.
We left with them still going strong and bid our final farewell to Hévíz and Hungary as we set off for Slovenia. One Reply to “Hévíz, Keszthely and The Fountain of Youth”