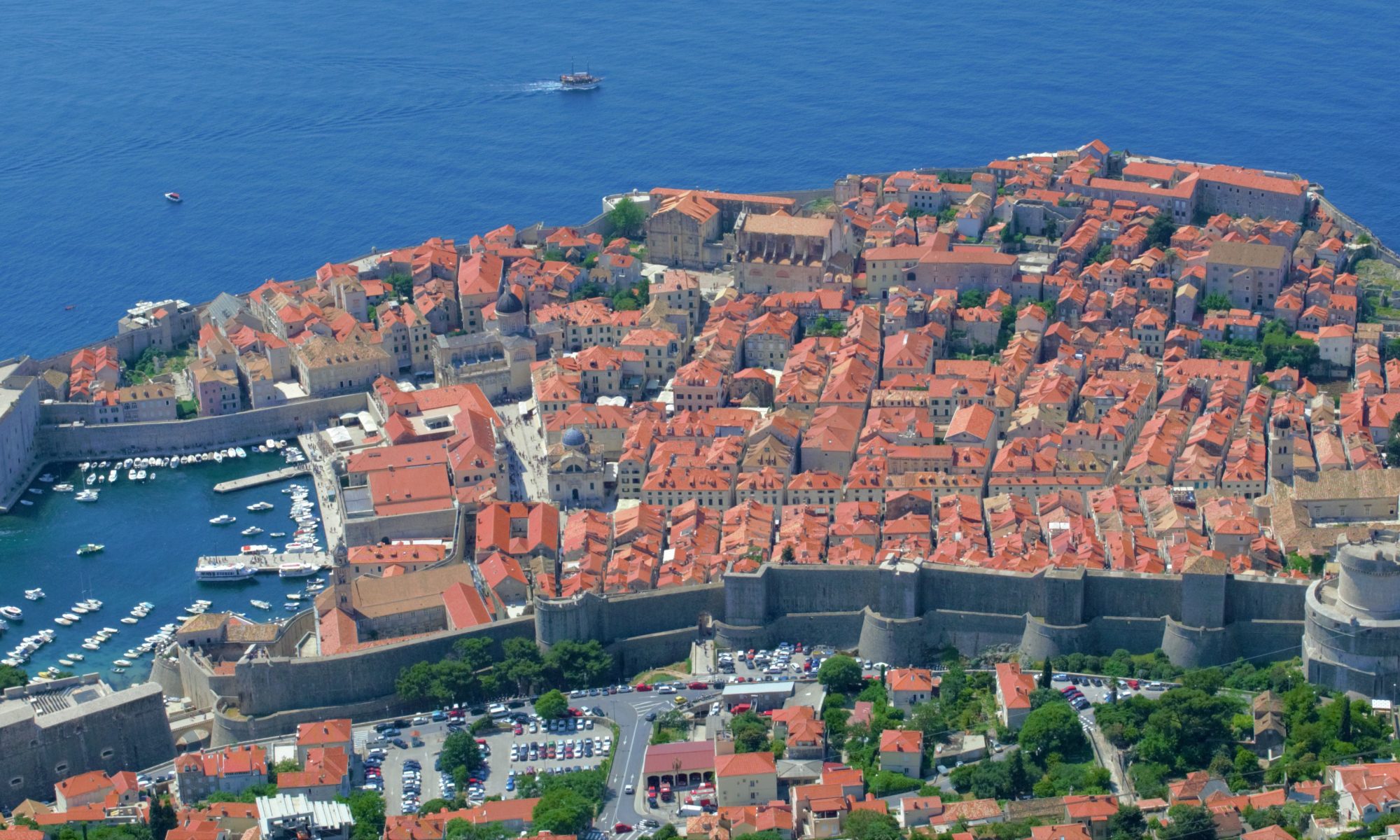 If you missed out on our trip to Split, you can catch up here.

After a nice period of rest in Split, it was time to hit the road again and set off for Dubrovnik. We got an early morning Uber to the bus station and boarded the bus for Dubrovnik. This journey would not only get us to a city which we had both dreamt of visiting for years, but also add another country to our already growing list.Due to a quirk in the way that borders were drawn up at the end of the Balkan War, the part of Croatia which is home to Dubrovnik is completely cut off from the rest of the country by a tiny strip of Bosnia-Herzegovina. This 22km wide strip is home to the town of Neum, a place which has been used as a bargaining chip for years and where the people must have massive trust issues.

The two border crossings were quick and easy, the only delay to our arrival caused by a surprise stop at a service station in Neum. The sole purpose of the stop seemed to be for us to be able to say that we’d been to Bosnia as buying anything proved impossible thanks to the fact that no one was carrying any Bosnian currency.

Soon enough, we had passed back into Croatia and were pulling into Dubrovnik bus station. Mira, our host there, picked us up and gave us a quick tour of the area before releasing us to explore.
Having been sat on a bus for four hours, we immediately decided that we’d walk to the Old Town, the jewel in Dubrovnik’s crown.

The first thing you notice when walking around Dubrovnik is it’s distinct lack of flatness. Everything is either very up, or very down hill. You will not get anywhere without using a huge number of stairs, making it a place that is as exhausting as it is beautiful.

Thankfully our trip to Old Town was entirely in the downward direction and this enabled to arrive there in good time. Seeing it for the first time is a stunning experience. The place is a living relic, a huge piece of the medieval just sat there, waiting for you to enter.
Dubrovnik Old Town was the setting for Game of Thrones’ King’s Landing and it is not hard to see why. Walking in through the giant gates into it’s cobbled streets really feels as though you’ve been transported into a fantasy novel.

We stopped at a restaurant and sat eating in a tiny alley as a sudden thunder storm arrived and drenched the place. Thankfully, we were under cover and able to enjoy the flashes of lightening illuminate the quickly flooding, ancient streets from a relatively dry position. It was a surreal experience.

Sensing a break in the rain, we settled our extortionate bill and commenced the painful climb back up to our hostel. After a week of this we’d have legs like a Team Sky member, but you know… without them being pumped full of drugs.

The next day we got up early and made our way, once again, to Old Town for a proper look around. The clouds of the previous evening had cleared, leaving clear blue skies and brutal sunshine in their place.

Like Split, it’s an absolute maze of connected passages, all contained within some imposing city walls and occasionally interrupted by a square or church. The city is gorgeous all by itself but when you reach the edges and see it set against the blue waters of the Mediterranean, it really hits home how special it is.

Walking back through Grandac Park, in the vain hope that it would involve less thigh-busting stairs (it did not), we came up with our plan for the next day. We’d go up the cable car overlooking the city before getting a boat out to the small island of Lokrum.
That night there was the most amazing sunset over the city and I couldn’t go without posting a picture of it, so here it is.

The following morning, as planned, we headed to the northern tip of Old Town to board the cable car. The packed car wobbled it’s way up to a plateau on Mount Srd, some 415 metres above Dubrovnik, affording us a fantastic view of the city as it reached the top. We disembarked and strolled around the various viewpoints in the cable car compound, taking copious pictures as we went.

Originally intending to get a drink at the restaurant over-looking the city, we were disappointed but unsurprised when we found that all the tables with a view had been taken and would not be available for some time.
This did enable us to branch out a bit though and we were soon walking the walls of the old fort which sits on the hill. The fort was used by the Yugoslav Peoples Army in the Siege of Dubrovnik (1991-92) and was the site of some of the fiercest fighting of the war. It’s truly unbelievable, as you travel around the region, that it was undergoing such violence and turmoil just a few years ago. It’s a testament to the people that that recent history feels so distant for the visitor today.

After making our way down Mount Srd, we headed to the harbour for the short journey over to Lokrum Island. Lokrum is the former holiday home of an Austrian Archduke and also the site of an old monastery which still survives to this day.
We pulled into it’s tiny harbour, paid our entry fee (the island is now a national park) and were instantly greeted by a group of one of it’s most numerous inhabitants, the peacock. Archduke Maximillian had brought a group over with him from the Canary Islands and they have lived there ever since. They follow any eating tourist, eagerly hoovering up any dropped ice-cream or sandwich crumbs as they go.

We had a good number of hours on the island and were able to make it round all of the headline attractions including an Old Fort, botanical gardens, the monastery and the small Game of Thrones exhibition that houses the series’ famous Iron Throne.

We got the evening boat back to Old Town, tired and sunburnt from our afternoon on the island. So sunburnt were we that the next day was a write-off, spent lathering ourselves in moisturiser and wallowing in self-pity.

Thankfully we had one more morning left and we would fill it by walking the famous city walls.
No visit to Dubrovnik is complete without a trip around the impressive turrets that surround the Old Town. It enables you to gain a new perspective on the place as well as making it really feel like the fortification that it was required to be when it was built.

City walls conquered, that afternoon was all about preparation. The next morning we would leave Croatia and Europe for the next big step in our year of travels, the journey to South-East Asia.

One Reply to “Dubrovnik – Dragon’s Den”